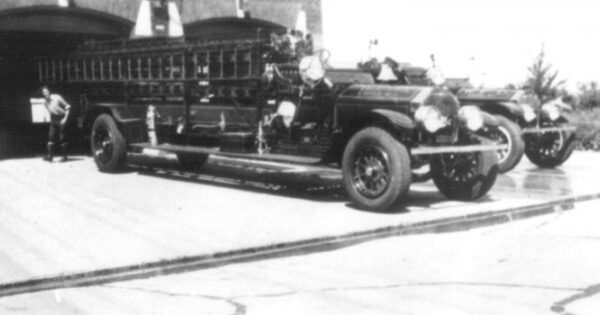 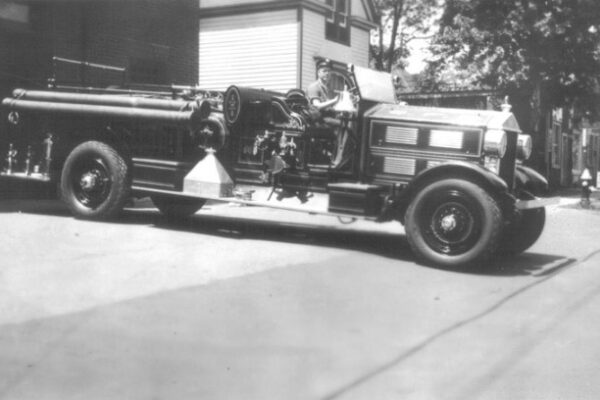 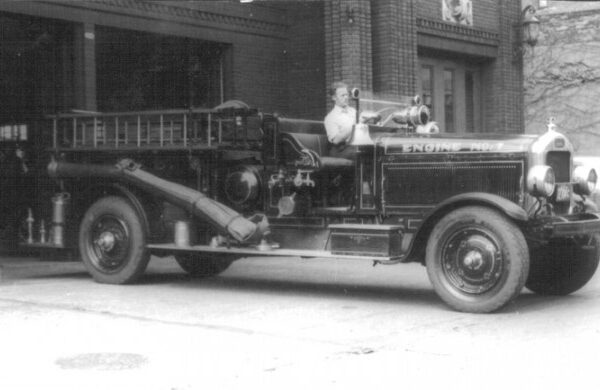 On July 1, 1935 the City of Windsor annexed the neighboring towns of Walkerville, Sandwich and East Windsor. This historic amalgamation drastically altered the size and composition of the Windsor Fire Department which immediately absorbed the men, apparatus and fire stations of the three smaller departments.

Prior to annexation Windsor had three fire stations. Station No. 1 was a single-story, single-bay engine house at 199 Wellington Ave, just north of Wyandotte St. W. This station was closed and demolished in 1961. Fire Station No. 2, at 254 Pitt St. E. across the street from the Windsor City Market was opened in 1928 and served as Windsor Fire Department Headquarters until it was closed in 1970 when the new headquarters station was opened on Goyeau St. Station 3, also a single-story, single-bay engine house, was at 740 Langlois Ave.

Just one vestige of this historic amalgamation remains to this day – the W.F.D.s 1959 Elcombe parade rig. Built for Walkerville in 1927, the Gotfredson-Bickle pumper was rebuilt by Elcombe Engineering in 1958-59 and remained on the W.F.D. apparatus roster as a spare pumper until 1977. It was refurbished in the W.F.D. shops in the early 1980s and is used as a parade unit today. On several occasions – including the funeral of former Chief of Apparatus Mike Koehl in 1990 – it has been used as a funeral caisson for deceased fire department members.