Back to Red: 1993 Carl Thibault Pumper 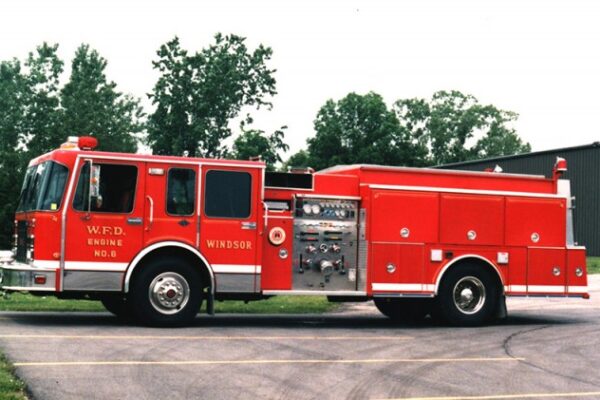 The 1993 Carl Thibault/Spartan in original form as Engine 6 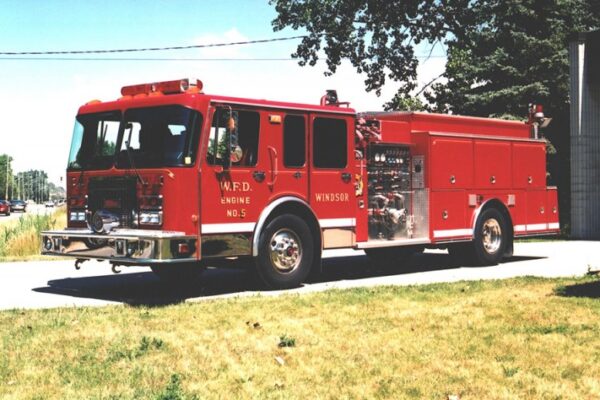 The Thibault/Spartan's last front-line assignment was as Engine 5

In November, 1974, the Windsor Fire Department took delivery of its first lime-yellow rig – a 1050 IGPM pumper built by King-Seagrave Ltd of Woodstock, Ontario on a tilt-cab Ford “C” chassis with extended canopy cab. Lettered Engine No. 6 on its cab doors, the new pumper was placed into service in late December as the first-out pumper at the WFD Headquarters station on Goyeau St.

Windsor had joined the accelerating trend to lime-green or yellow apparatus that was sweeping the fire service across North America. Optometric tests had (supposedly) proved that bright yellow or lime-colored fire apparatus was more visible at night than those painted the traditional fire department red.

But by the late 1980s, many fire departments across Canada and the U.S. were quietly switching back to red apparatus. Like over-ripe bananas, yellow and lime green fire engines had never really been embraced by fire service traditionalists — and many taxpayer citizens. Major advances in warning light technology had made fire apparatus and other emergency vehicles highly visible under all conditions – including at night.

So it was, nineteen years after that 1974 King/Ford was delivered, Windsor switched back to red fire apparatus. In the latter part 1993, the W.F.D. purchased its first new pumper in nearly a decade. The new engine was built by a Quebec manufacturer — Carl Thibault Trucks, of Pierreville, Que. On a long-wheelbase Spartan chassis, the impressive new 1050 gpm pumper with 600-gallon booster tank had a four-door sedan-type cab and large equipment compartments on its left side instead of the usual hard suction hoses, which were now stored in the hose bed. Resplendent in its bright red paint with gold leaf striping and trim, the shiny new pumper made its first public appearance at that year’s Santa Claus parade. Early in 1994 it was placed into service as Engine No. 6 at Station 6 on Tecumseh Rd. E. at Ferndale.

Later renumbered Engine 3, the 1993 Carl Thibault/Spartan saw service at Stations 3 and 1 before being assigned to the Cabana Road station as Engine No. 5. With the delivery of two new pumpers in 2008, the 1993 Thibault/Spartan went into the spare apparatus fleet. At the time of writing, the 20-year-old pumper’s future was at best uncertain. With several more modern pumpers in the reserve fleet, it’s prime candidate for retirement and eventual disposal.