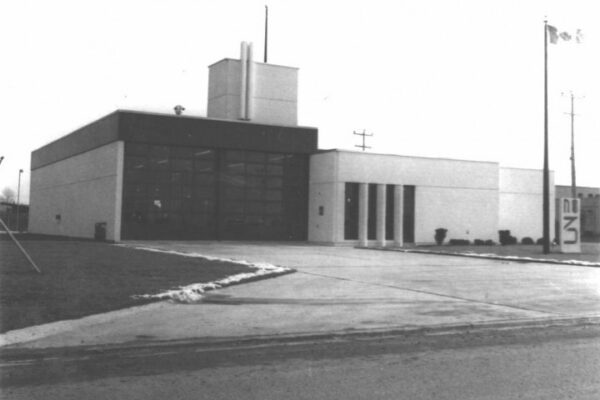 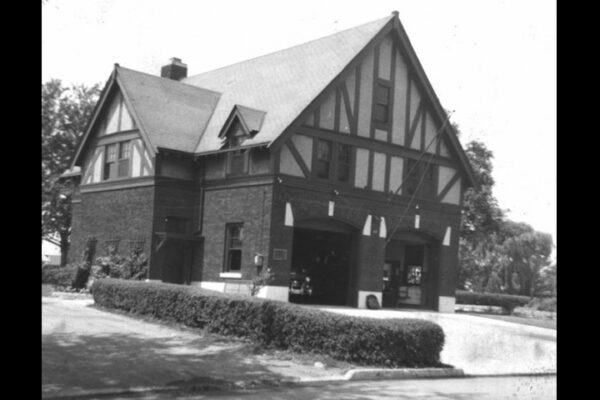 Good things it is said, come in threes – and so it is that the Windsor Fire Department has, historically, occupied three fire stations bearing that number.Prior to the motorization of the department in the mid-teens, Windsor’s fire halls were better known by their location rather than by number……the Pitt Street firehall or the hall at London and Church Streets.

In 1915, the W.F.D. built two new fire stations to house two new motor hose wagons – replacements for horse-drawn hose wagons – which were purchased to accompany the city’s first motor pumper, a 1914 W.E. Seagrave placed in service at the Pitt St. hall that same year. The combination hose and chemical trucks were built by a local firm, the Menard Motor Company.

For more than four decades, Station 3, at 1855 Turner Rd., covered the far east side of the city and portions of Sandwich East Township. The handsome tudor-style two story station housed a pumper and a city service ladder truck. The Town of Walkerville opened this hall in 1928 to better protect the south end of the town, just one year after the Walkerville Fire Department moved into its new Station 1 on Huron St. (now Richmond St.) at Walker Rd. Station 2 was temporarily closed at the depths of the Depression due to a manpower shortage.

Following annexation, the new Station 3 housed a pair of chain-drive American-LaFrances, both former East Windsor rigs. In 1952 the 1924 LaFrance service ladder truck was replaced by a new Dodge ladder truck built by the W.F.D. shops. The Dodge ladder truck remained at Station 3 right up until the hall was closed in 1972. After several years, the vacant, boarded-up Turner Road fire hall was demolished. The site is occupied today by the CAW Local 444 offices and union hall.

Never enlarged or otherwise altered, the Turner road fire station served Walkerville and Windsor for a combined 44 years. Now 36 years old, the new Station 3 was erected on the extension of Ouellette Avenue at Edinborough St. It was opened in June, 1972.