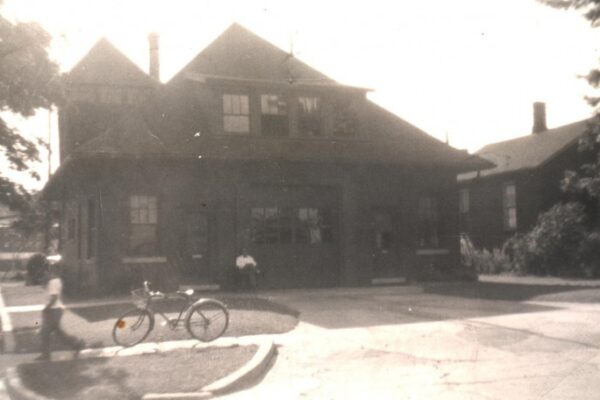 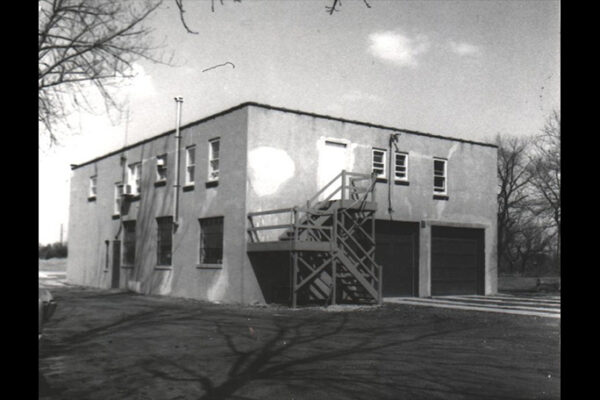 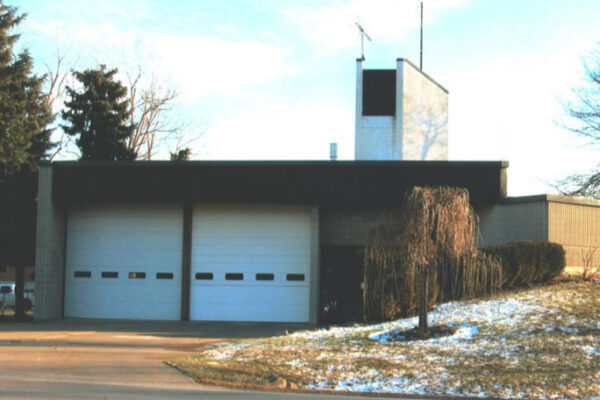 As the city prospered and grew through the 18th and 19th centuries, Windsor expanded lineally — to the east and west — along the banks of the Detroit River. From the mid-1800’s into the early 1900’s, Windsor citizens were protected from the ravages of fire by three fire stations – a main Headquarters hall on Pitt St. E. in the downtown area, and two small “satellite” stations on the west and east sides of the city.

In 1914, the Windsor Fire Department acquired its first motor-driven fire engine – a big Seagrave WC-96 automobile pumping engine built by the W.E. Seagrave Fire Apparatus Co. in neighboring Walkerville. From the outset, it was clear that the horse-drawn hose wagons simply couldn’t keep up with the speedy new motor pumper. Consequently, the W.F.D. purchased two motor hose wagons to replace the horse-drawn vehicles. Built by the local Menard Motor Co., the 1915 Menard Motor Hose Combinations carried chemical equipment as well as a full load of hose, short ladders and other tools.

Two new fire stations were erected to house the motor hose wagons – one at 199 Wellington Street just north of Wyandotte St. W. and the other at 740 Langlois Avenue on the city’s east side. Both were of the single-bay, story-and-a- half bungalow style. The Wellington St. station was designated Station No. 1 and the Langlois Ave. hall Station 3. Built in 1888 and replaced by a large new hall in 1928, the Headquarters Fire Station at 254 Pitt St. E. was the W.F.D.’s Station No. 2. By the 1930s, the Menard hose wagons at Stations 1 and 3 had been replaced by chain-drive American-LaFrance triple combination pumpers with rotary gear pumps and booster tanks.

For many years following the Second World War, Station 5 housed Engine No. 7 – an ex-Walkerville 1927 Gotfredson-Bickle pumper. In 1958, the 31-year-old pumper was rebuilt by Elcombe Engineering Ltd. The remodeled pumper was placed back in service at Station 5 in 1959. After 46 years of service, Fire Station No. 5 was closed in November, 1961. Engine No. 7 was relocated to Station 1 where it ran as a second pumper – the “back engine” as it was known for many years. Old Station #5 was demolished soon after.

The Windsor Fire Department was transformed yet again on January 1, 1966, with the annexation by the City of Windsor of Riverside, Sandwich East and a portion of Sandwich West Township. The former Sandwich West Fire Hall at 2635 Third Concession Rd. was renumbered Windsor’s Station 5. This hall was unique in that the apparatus – a pumper and a city service ladder truck – responded out the back doors of the hall and made a sweeping right turn to reach Third Concession Rd.

Windsor Fire & Rescue’s current Fire Station No. 5 at 1905 Cabana Rd. W. was opened in 1978. A special guest at the grand opening ceremony was retired Fire Chief Harold Coxon, who resided on Rankin Blvd., just around the corner from the new hall . The two-bay station, built into the side of a low hill to the west, is adjacent to St. Clair College’s main campus, and the city’s Huron Lodge retirement home. The third Station No. 5 in Windsor fire service history, the two-bay hall is the quarters of Engine 5 which covers a large residential area of South Windsor.