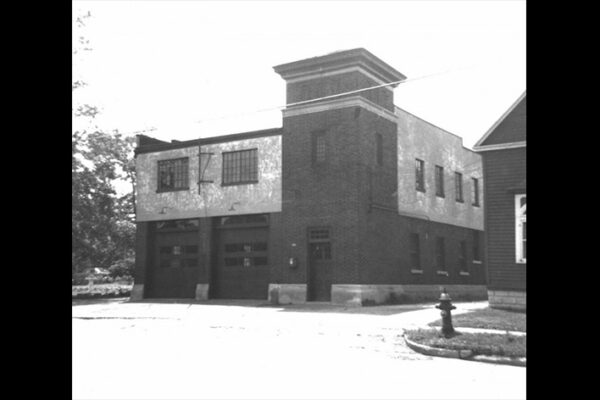 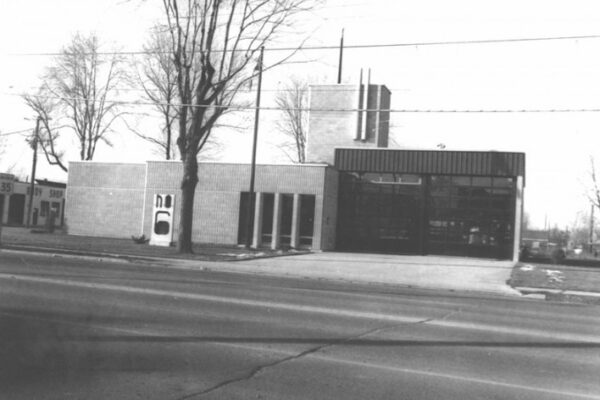 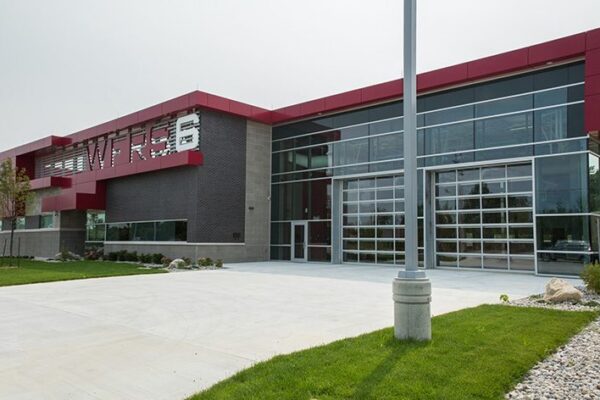 During the 1970s, the Windsor Fire Department (as it was formerly known) embarked on a major new fire station relocation and construction program. Under the able leadership of Fire Chief Harold Coxon, no fewer than four new fire stations were planned, designed, constructed and opened during that most eventful decade.

The first of these was an impressive new Headquarters Fire Station on Goyeau St. at Elliott St. E. Opened in mid-1970, this station remains Windsor Fire & Rescue’s central fire hall and administrative centre more than four decades later. The following year a new Station 6 was opened on Tecumseh Rd. E. at Ferndale Ave. A nearly identical Station 3 was opened on Ouellette Ave. at Edinborough St. in 1976, and in 1978 a new Station 5 was dedicated on Cabana Rd. W.

In the 78 years since the City of Windsor annexed a number of surrounding communities in 1935, the Windsor Fire Department has occupied just two fire halls bearing the number “6”. Prior to the annexation of the former towns of Sandwich, Walkerville and East Windsor in 1935, Windsor had only three fire halls. On July 1, 1935 the W.F.D. absorbed the three suburban fire departments, virtually doubling in size overnight.

The former Sandwich Fire Hall at 363 Mill St. in the city’s west end became Fire Station No. 6 on the much-enlarged Windsor Fire Department. Constructed in 1921, the two-bay fire hall with its stubby hose drying tower housed a 1930 Bickle pumper and a 1926 Gotfredson-Bickle city service ladder truck. Sandwich’s former Engine 1 became Engine 6 on the W.F.D., and the ladder truck, Ladder 6.

Ironically, Station 6 was the scene of a fire which destroyed most of the second floor just after World War II. The original hip-style roof was then replaced with a new flat roof.  In late 1952 the Gotfrdson-Bickle ladder truck at Station 6 was replaced by Ladder No. 1, a cabover engine 1941 Ford originally built in the W.F.D. shops. In 1953 the 1930 Bickle pumper was replaced by Engine No. 4, a new Bickle-Seagrave canopy cab pumper.

In 1964, the W.F.D. opened its first new fire hall since the historic annexation nearly 30 years earlier. Located on College Ave. just east of busy Huron Church Rd., the modernistic, three-bay Fire Station No. 4 replaced old Station 6 as the city’s west end fire hall. After 43 years – 14 of them as the Sandwich Fire Hall and another 26 as Windsor’s Station 6 – the Mill Street station was closed.

For the next seven years, there was no Station 6 on the W.F.D. roster. But that changed when the present Station 6 was opened in 1971. Covering the city’s east side, Station 6 housed a pumper and an aerial tower until the new Station 7 opened in May, 2012. Truck 6 was transferred to the new hall, it’s bay at Station 6 now occupied by District Chief #2.

Since it closed in 1964, the former Sandwich Fire Hall has served a variety of civic purposes, first as a detoxification centre until 2005, then as an art studio. Still bearing its original street number, the 92 year old hall is the oldest fire station in the city and still looks very much like it always has.