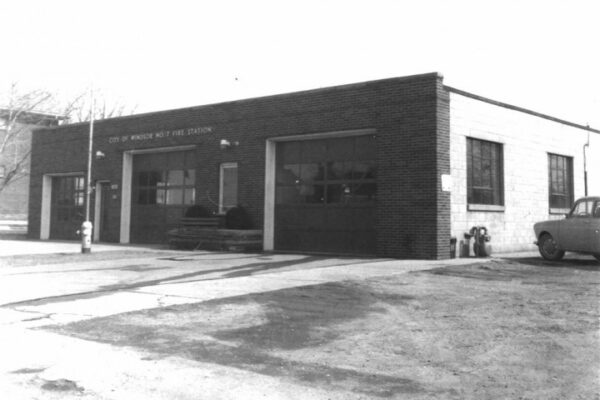 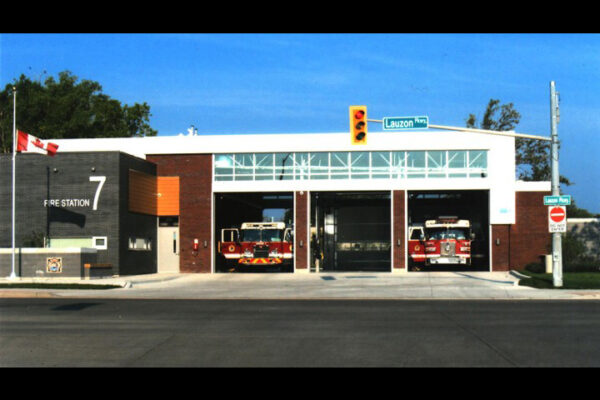 Only two Windsor fire stations – the second one opened just last year – have borne the “lucky” No. 7.

Until January 1, 1966 the Windsor Fire Department had five fire stations – the same number of halls that had protected the city since the historic amalgamation of three neighboring municipalities 31 years earlier. On July 1, 1935 the City of Windsor annexed the former towns of Sandwich, Walkerville and East Windsor. Overnight, the W.F.D. doubled in size, from three halls to six. One of these halls, on Langlois Ave., was closed a few years later.

Fast-forward now to January 1, 1966. On that historic New Year’s Day, Windsor similarly annexed three more of its neighbors – the former Town of Riverside, adjacent Sandwich East Township and a large portion of the Township of Sandwich West. The former Riverside Fire Department became part of an enlarged W.F.D., as did one of Sandwich West Township’s two halls and its equipment. Sandwich East did not have its own fire department, contracting its fire protection from Windsor.

For many years Riverside’s volunteer fire department occupied a single bay in the municipality’s combined Town Hall and Fire Hall on the east side of Lauzon Road just south of Riverside Drive E. In 1955, the growing Riverside Fire Department moved into a new single story, three-bay fire station at 254 Lauzon Rd. just a few doors down the street from old Town Hall, which was later demolished. Riverside bolstered its fire protection with the purchase of a new LaFrance canopy cab pumper in 1956. The R.F.D. purchased its first aerial ladder truck – a big LaFrance/Mercury quint with 840 gpm pump and 100-foot ladder, in 1964. But the clouds of amalgamation were already gathering, and on the first day of 1966 the former Riverside Fire Department was merged into Windsor’s.

The Riverside hall was renamed Windsor’s Station No. 7. The nearly new Riverside quint was transferred to Station 4 on Windsor’s west side, replaced by a 75-foot aerial. The former Riverside pumper was renumbered Windsor Engine #9. Ironically, in the 1980s the ex-Riverside Quint, by then repainted lime yellow, returned to service at the Lauzon Rd. hall. In its later years, the Lauzon Rd. hall housed a single pumper. Station 7 was assigned a new Rosenbauer/Spartan pumper in 2010.

On May 3, 2012 dedication ceremonies were held for Windsor’s new $3.9 million Station 7 – the city’s first new fire hall in 28 years. The impressive three-bay hall fronts on busy Lauzon Parkway at McHugh St., but its actual street address is 1380 Matthew Brady Blvd. Strategically located to provide faster emergency response times to the city’s populous east side, the station houses a pumper and a 95-foot aerial tower.

After 57 years of service to the citizens of Riverside and Windsor, the former Riverside fire hall on Lauzon Rd. was closed and is slated for eventual demolition.