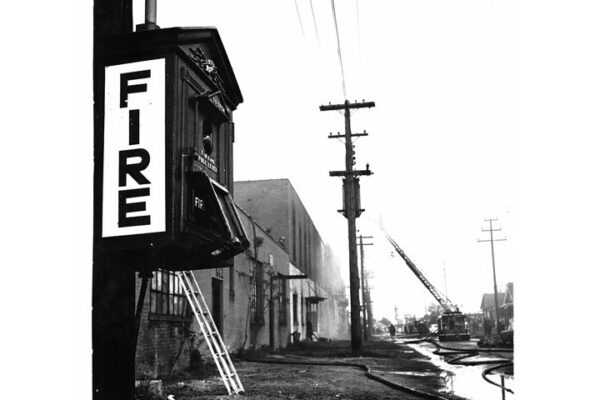 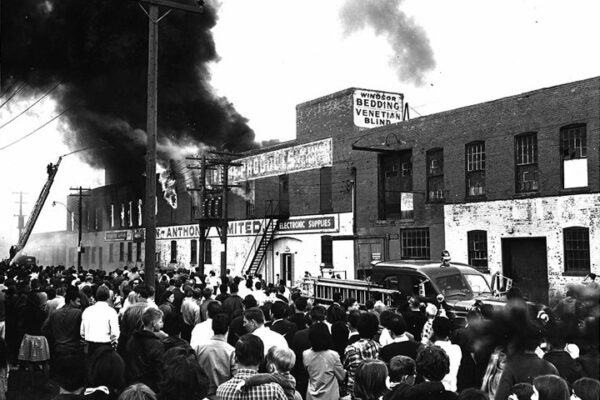 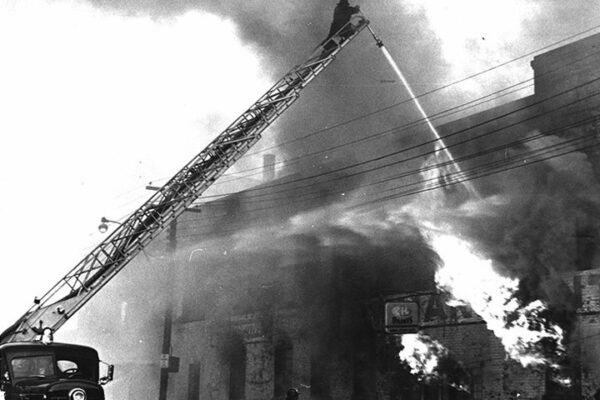 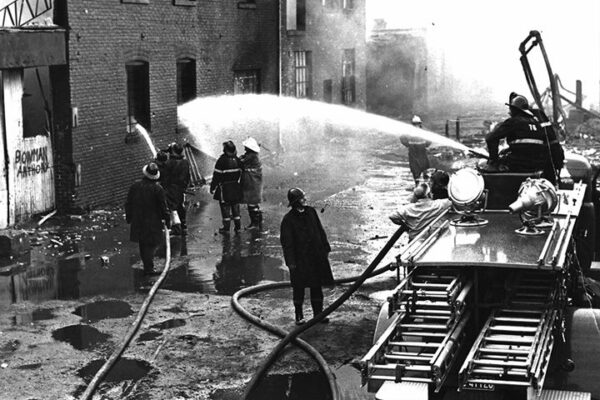 One of the largest fires in Windsor during Canada’s Centennial Year broke out in an old factory building on Langlois Ave. on a sunny Sunday afternoon in the middle of the Victoria Day holiday weekend in 1967.

When the pumper and service ladder truck from Fire Station No. 3 on Turner Rd. arrived on the scene, heavy smoke was billowing from the rear of a large two-story brick factory building in the 1700 block of Langlois, just north of Tecumseh Rd. E., the principal occupant of which was the Bowman-Anthony Company. Several other businesses also rented space in the block-long building.

A second alarm was immediately struck, bringing additional apparatus from Station 2 on Walker Rd. and the Headquarters Hall downtown. As the extra-alarm rigs arrived on the scene, heavy fire was rolling out the first and second-floor windows at the front of the building. The firefighters mounted a vigorous exterior attack, utilizing an aerial ladder water tower stream from Aerial No. 3A on Langlois Ave., and the turret nozzle atop Ladder 2 at the rear of the building. Hand lines were advanced on both sides.

Within 45 minutes Fire Chief Harold Coxon declared the fire under control. The fire was confined to the centre portion of the building, but most of the structure, and the businesses, in them were saved.

Crowd control was a problem in the early stages of the blaze, as the towering column of smoke attracted hundreds of spectators to the scene. Had the fire broken out at night, it might have been much more extensive.