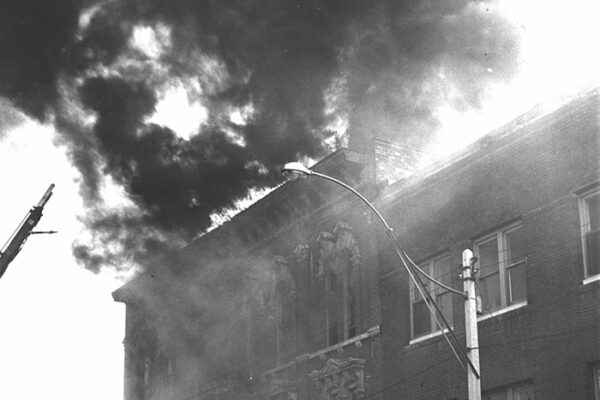 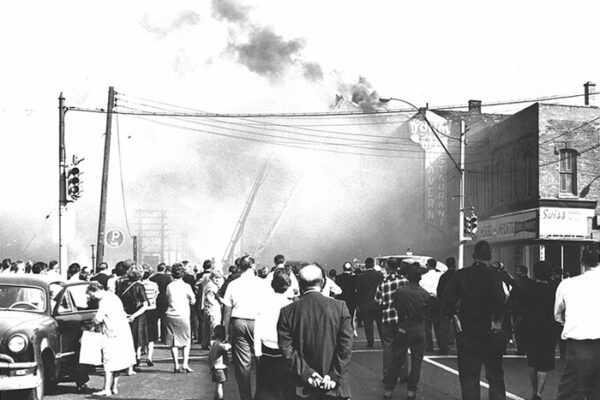 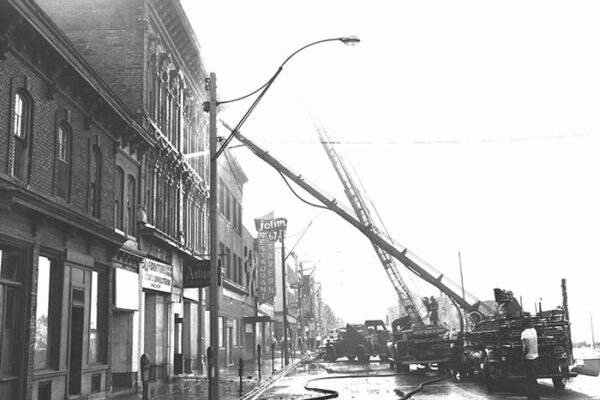 Mopping up after fire under control 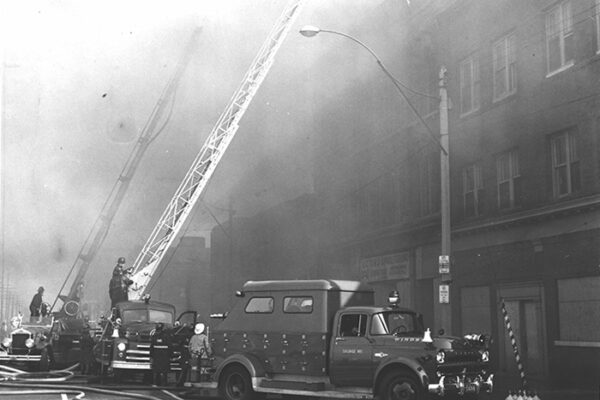 Aerials 3 and 1 in action, Salvage 1 in foreground 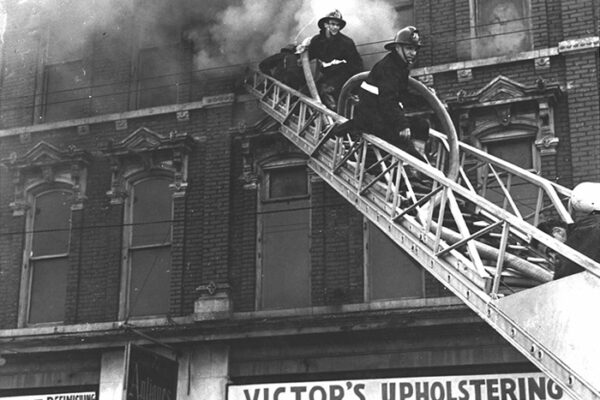 During the noon hour on a beautiful fall afternoon in early October of 1963, fire broke out on the upper floors of an old, three-story commercial building on Riverside Drive East between Goyeau St. and what was then Windsor Avenue. First-in crews from the former Windsor Fire Department Headquarters station on Pitt St. E. found heavy smoke rolling from the roof and upper floors.  Aerial No. 3’s 75-foot ladder was raised to the third floor and hand lines advanced into the building. But the initial attack failed, and driven back by rolling flames and heavy smoke, fireground tactics changed to a vigorous exterior attack. With the situation in doubt, a second alarm was sounded bringing additional firefighters and apparatus from Station 2 on Richmond St. and Walker Road. Powerful Ladder pipe streams from Aerials 1 and 3 quickly subdued the flames.

The fire attracted a large crowd of lunchtime spectators who thronged Riverside Drive. Within an hour the blaze had been brought under control, but salvage and overhaul operations continued well into the afternoon.  – Walt McCall