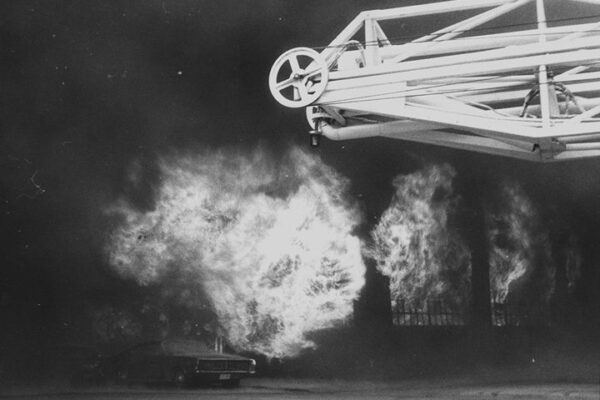 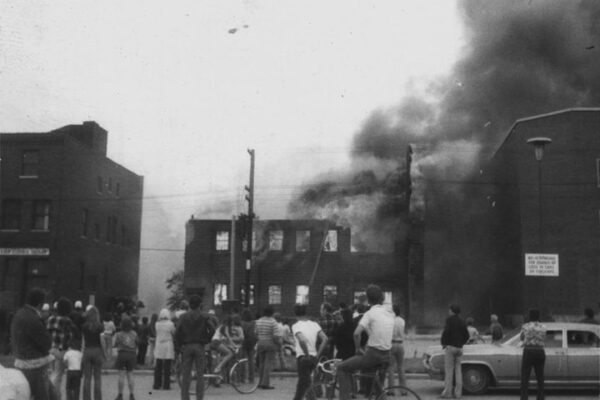 The fire from the rear of the building - Walt McCall Photo 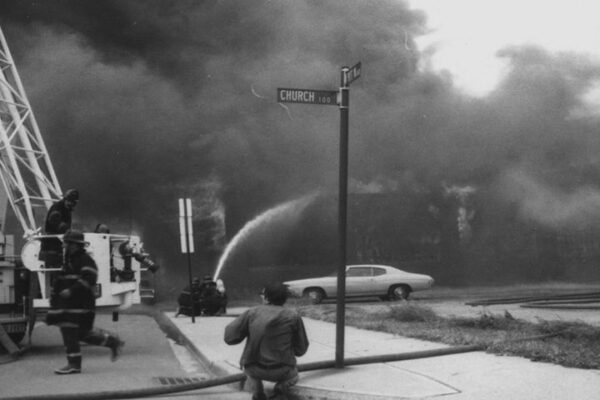 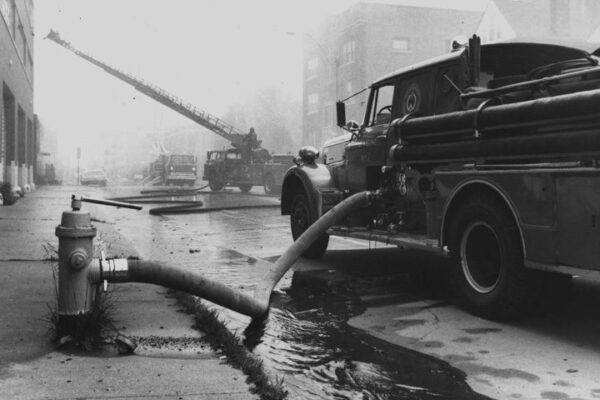 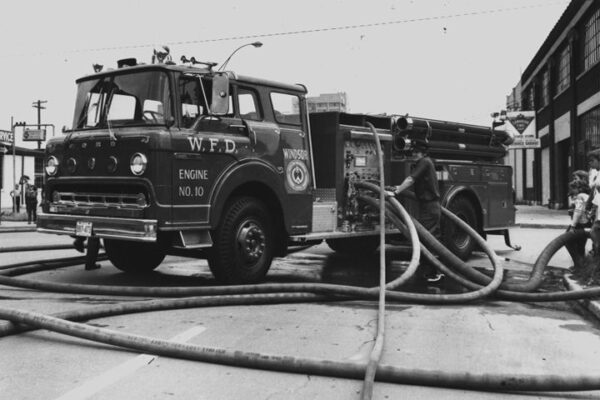 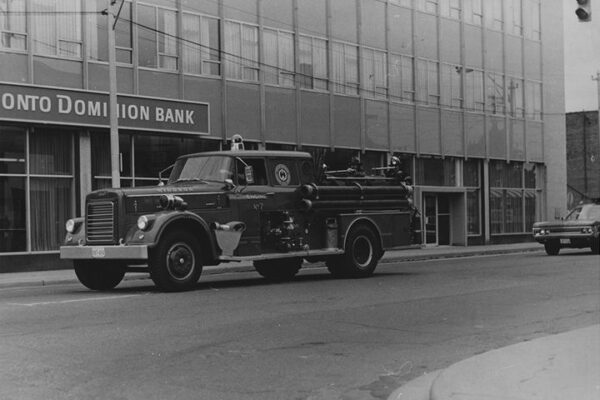 On a sunny Sunday afternoon in June of 1974, I was driving in downtown Windsor with a fellow fire buff from Toronto. At that time I had a radio scanner in my car. A message crackled out from XJG-97 – the Windsor Fire Department alarm office in the headquarters station a few blocks away on Goyeau St. Engine 10, Engine 7, Aerial Tower 1 and Squad 1 were dispatched for a report of a fire on Pitt Street West.

We could hear the sirens, and a minute or two later we watched Engines 1 and 7, Aerial Tower 1 and the District Chief’s car speed through the intersection of Wyandotte St. and Ouellette Ave. We followed at a safe and respectful distance. When we arrived at Pitt St., we came upon an awesome sight. The Herald Press building on the north side of Pitt St. between Dougall Ave. and Bruce St. was a seething mass of flames. Great balls of fire were rolling out the front windows onto Pitt St. The District Chief immediately requested a second alarm. Apparatus from Station 4 on College Ave. and Station 2 on Walker Road were soon on the scene. Within minutes, powerful hose streams were ripping into the flames, driving them back into the building. Aerial Tower 1 and Truck 4’s crews swept the blazing roof from above. Within 30 minutes, the three-alarm fire was under control. Wetdown and overhaul operations continued on into the evening.

We’ve attended many fires over the years, but this is the only one at which we actually watched the rigs roll in on the initial alarm. – Walt McCall