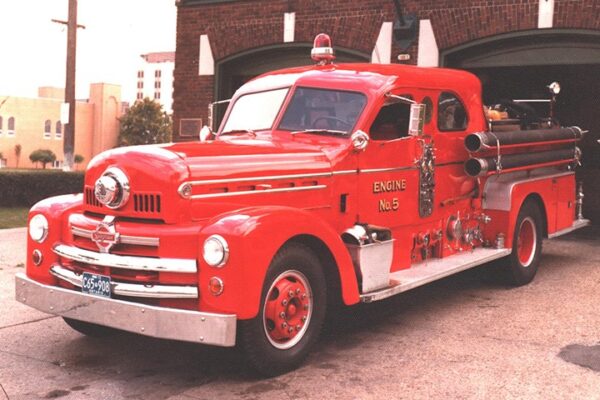 As good as new. Engine 5 after rebuilding 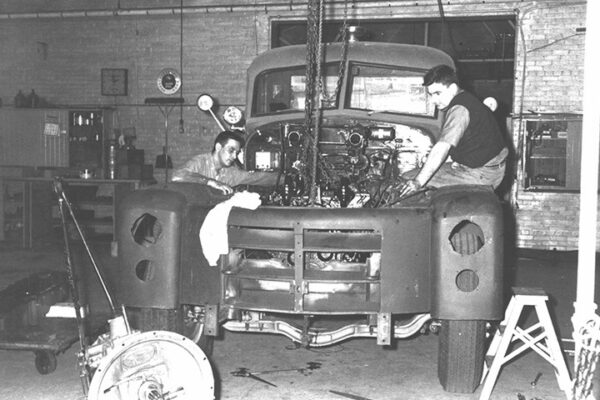 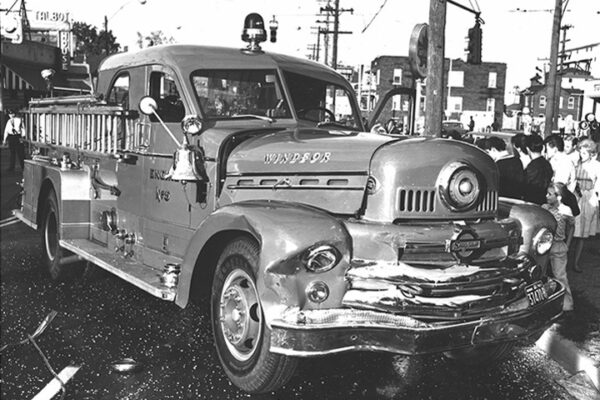 On August 31, 1963, the Windsor Fire Department’s Engine No. 5 – a 1952 Bickle-Seagrave 1050 gpm pumper – was extensively damaged in a collision with an automobile at the intersection of Wyandotte Street West at Wellington Avenue. The pumper, the first-out front engine at the W.F.D. headquarters fire station on Pitt St. E., was responding to an alarm in the west end of the city. Although three passengers in the car struck by the pumper were injured, none of the pumper’s crew  were hurt in the late-afternoon collision.

The pumper was towed back to the W.F.D. Repair Shops on Richmond St., next door to Station No. 2. A few days later, Chief of Apparatus Romeo Nantais contacted the truck’s original manufacturer in Woodstock, Ontario for an estimate of the cost to repair the damaged pumper. When the builder’s estimate came in far higher than anticipated, the shops decided to do the repairs themselves.

The entire front end of the wrecked pumper was removed. The heavily damaged grille and front fenders were repaired. A new chrome bumper was fabricated and the pumper’s big V-12 motor was removed from the chassis and overhauled. Repainted and as good as new, Engine 5 was returned to service at the Pitt Street station in late January, 1964. The repairs had been made at a substantial cost savings to the citizens of Windsor.

In 1977, Engine 5 was replaced by a new lime-green Pierreville-Ford pumper. The 1952 Bickle-Seagrave was traded in to Pierreville Fire Trucks of Pierreville, Quebec. The still-serviceable pumper was driven to the Pierreville factory in Quebec where it was stripped of usable parts and later sent to the scrapyard – an ignoble end to a pumper that had served Windsor well for 25 years.