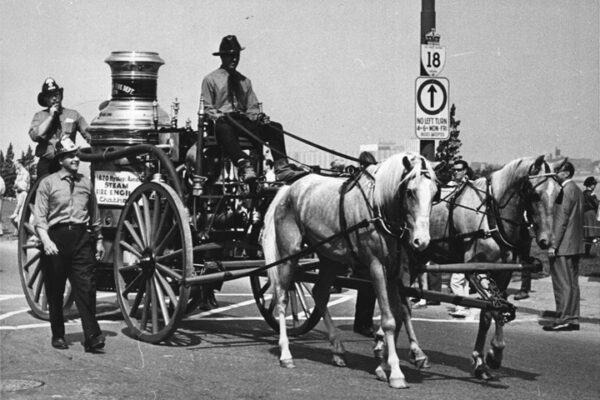 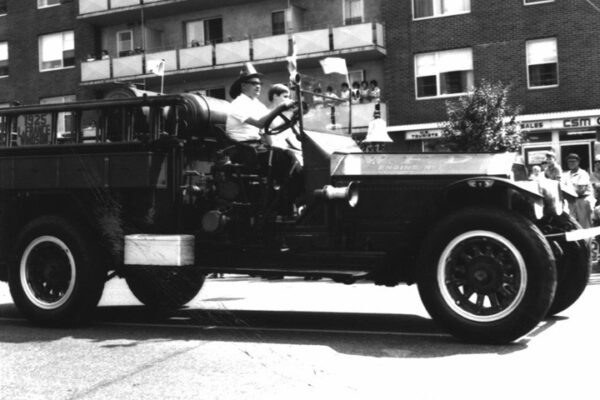 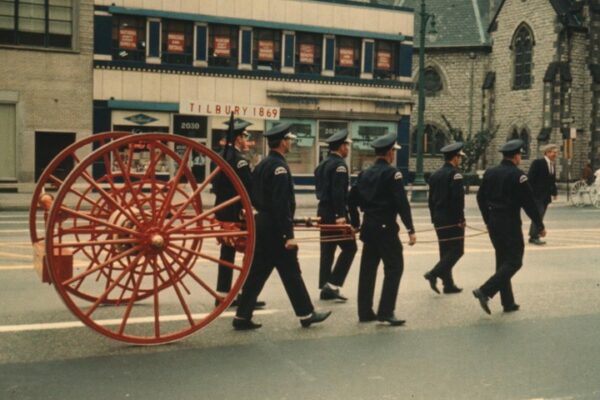 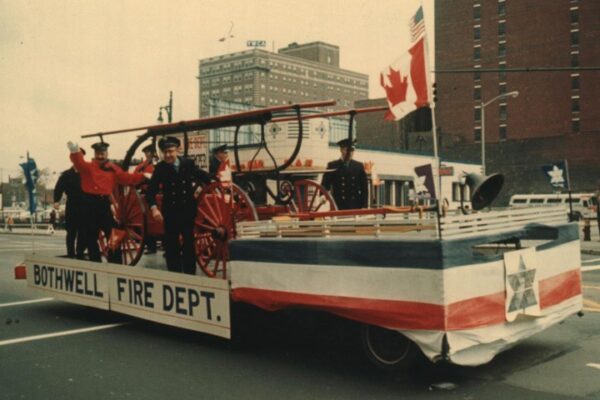 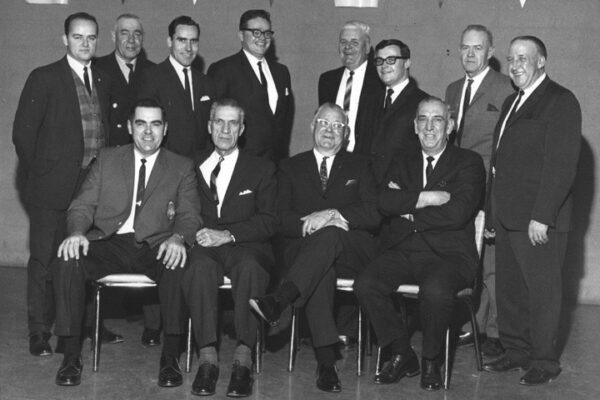 In 1967, Canada celebrated its 100th birthday. From coast to coast that memorable year, there were countless local celebrations ranging from parades, plaque unveilings, fireworks and other special civic projects to mark the nation’s centennial year. But the biggest celebration of them all was Expo 67 in Montreal — Canada’s official 100th birthday party which brought us together as a people, and at which many other nations celebrated with us.

With Canada’s 150th birthday less than two years away, it’s perhaps timely to recall how fire departments in Essex and Kent Counties joined together to mark Canada’s centennial. In early 1967 a special committee was formed to coordinate regional fire department participation in many of the big parades being planned. The committee consisted of the chiefs of professional and volunteer fire departments in the two counties. Windsor Fire Chief Harold Coxon chaired the group, which held its first meeting in the Tilbury fire hall. A calendar of coming events was drawn up, and planning meetings were held prior to the larger events. Each fire department, it was agreed, would bring its antique or vintage apparatus to each of the parades, where they would parade together as a group.

The first of the dozen or so parades was held in Chatham in late May. Typical of many of the special projects the 1967 Centennial generated was the restoration of Chatham’s 1870 Hyslop & Ronald steam fire engine. Drawn by a matched team of horses, Chatham’s steamer, with its polished brass boiler, was a big hit with the public at all of the parades. Anywhere from half a dozen to 20 or more antique and vintage rigs from fire departments all over Essex and Kent Counties took part in the various local parades, sirens wailing and bells clanging as they made their way through town. Tilbury firefighters in colorful old-time uniforms hauled their hand-drawn 1869 hose reel. The Bothwell Fire Department proudly paraded its century-old hand pumper. In sharp contrast, at each of the parades the host fire department’s newest rigs usually brought up the rear.

The Windsor Fire Department’s entry in most of the parades included the W.F.D.’s 1936 American-LaFrance tillered tractor-drawn aerial ladder truck, and former Engine 1 – a 1925 LaFrance pumper the city had donated nine years earlier to the Windsor Branch of the Historic Vehicle Society of Ontario. (Full disclosure: the author of this story had the honor of driving the old chain-drive LaFrance in most of these parades, and also served as Secretary of the parades committee).

The busiest single day on the calendar, of course, was July 1 – the day Canada officially turned 100. With huge crowds lining both sides of Ouellette Ave., Windsor’s parade was the largest the city had seen since its own centennial parade in 1954. Immediately following the Windsor parade, many of the participating fire trucks headed for Leamington and another big parade there. As a centennial project, Leamington firefighters had restored the town’s 1930 Bickle pumper, which also took part in the parades.

The original calendar of events has, unfortunately, been lost to time, but the Windsor and Essex County fire departments took part in numerous other smaller parades – in Tilbury, Kingsville, Comber and Sandwich West Township among them.

The final event on the busy 1967 Centennial Parade schedule took place across the Detroit River in early October. And what a finale it was. Coincidentally, the Detroit Fire Department was celebrating its own centennial that same eventful year. One last time, the vintage fire apparatus from Windsor and other Essex and Kent Counties joined together as an impressive Canadian contingent at the big Detroit Fire Department centennial parade, which made its way down Woodward Avenue. Welcomed refreshments were served by the Detroit hosts at the end of the parade.

All too soon, it was all over – twelve parades in a little over six months. While the parade committee held its last meeting and disbanded later that year, the memories lived on for many years thereafter. Wouldn’t it be great to do it again for Canada’s 150th birthday in 2017? Worth thinking about. – Walt McCall