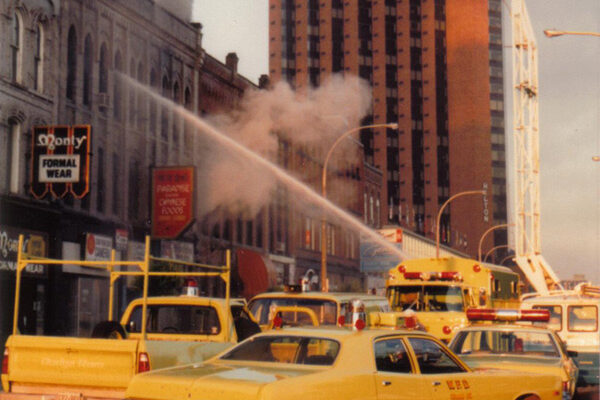 One of the 1972 Plymouth Command Cars in action at an extra-alarm fire on Riverside Drive E. 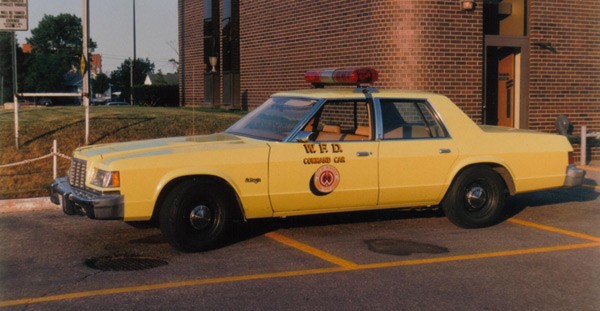 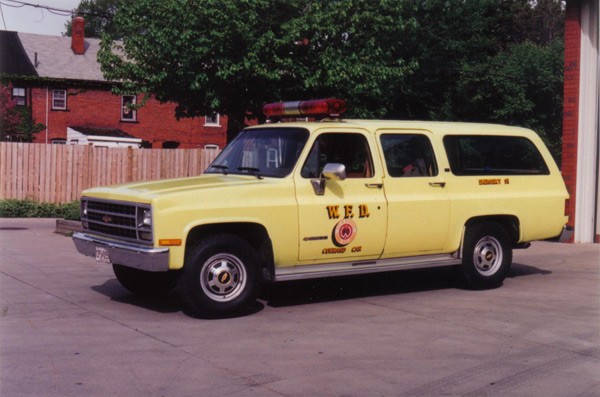 First of the Suburbans - one of two 1984 Chevrolets

As noted in Part 1, the Windsor Fire Department purchased its first station wagon in 1961. The steel-bodied, four-door 1961 Chevrolet wagon was much more versatile than a conventional coupe or sedan, with plenty of cargo space in the rear for carrying equipment like turnout gear, fire extinguishers, extra air bottles, radio equipment etc. Not only did the `61 Chevy serve as the W.F.D.’s first Command Car, it was also equipped with the department’s very first electronic siren with built-in P/A system.

Over the next decade the Windsor Fire Department purchased seven more station wagons, for use by the department’s command officers (Chiefs) and the Training Division. They included 1966, 1968, 1963, 1971 and 1972 Plymouths and a 1968 Chevrolet wagon. Two Plymouth four-door sedans were acquired, in 1972 and 1978. In the mid-1970s, the W.F.D. switched from the traditional fire engine red to safety yellow. All of its new vehicles — including chief’s cars and support vehicles – were also painted this trendy new color. But by the 1990s the department had switched back to red.

In 1984 Windsor purchased two Chevrolet Suburbans – oversized four-door station wagon-type vehicles built on a heavier truck platform. With their ample carrying capacity, the big Suburbans became the command/support vehicle of choice for fire departments large and small all over North America. Two more Chevy Suburbans were purchased, one in 1996 and another in 1998.

Windsor Fire & Rescue’s current command vehicles are even larger Ford Excursions, all-wheel-drive four-door sport utility vehicles. Two of these big SUV’s painted a distinctive maroon with reflective striping and lettering, were purchased in 2003 and are still in service today.

The department has purchased more than 30 automobiles for its chiefs since Chief Murray first sped to fires on his speedy Ford Model T Roadster nearly a century ago.