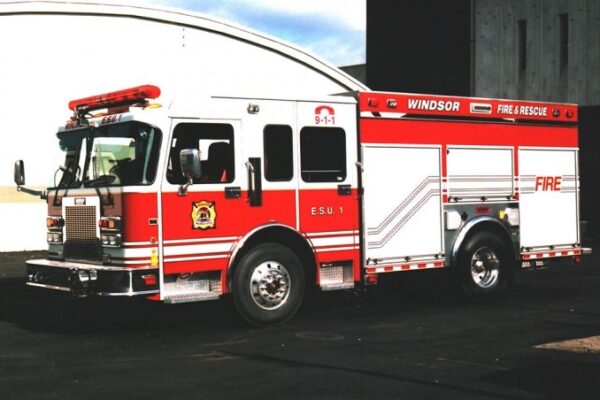 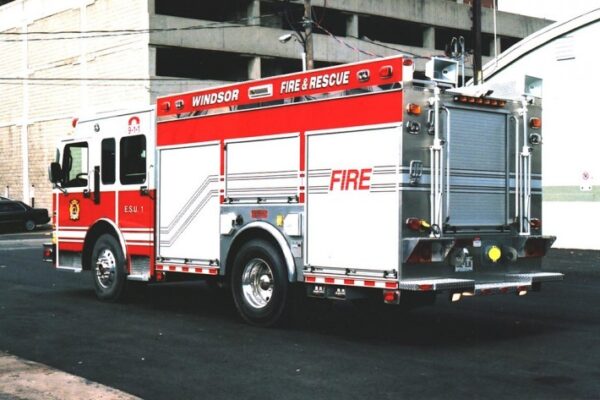 The order included a pumper, a heavy rescue squad and a special equipment carrier known as the Emergency Services Unit, or E.S.U. All three were built on Spartan custom fire apparatus chassis. While the pumper and heavy rescue unit were built on the Spartan Gladiator chassis, the E.S.U. was built on the less expensive Spartan Metro Star chassis. The compact ESU rides on a shorter wheelbase than the other two Saulsbury/Spartans, but has the same style of compartmented body with roll-up doors.

The E.S.U. has been quartered at the WFRS’s Headquarters Station 1 on Goyeau St. for its entire career. It is often dispatched to multiple-alarm fires to provide refilling of self-contained breathing apparatus (SCBA) bottles utilizing its on-board cascade air system. Other equipment carried includes a 72 KW generator and roof-mounted Wilburt 9000-watt night scan telescopic light tower. A familiar sight on the city’s streets, he ESU is routinely used to deliver and pick up supplies and equipment to Windsor’s seven other fire stations.

The versatile ESU has probably racked up more road miles than any other apparatus on the WFRS roster.