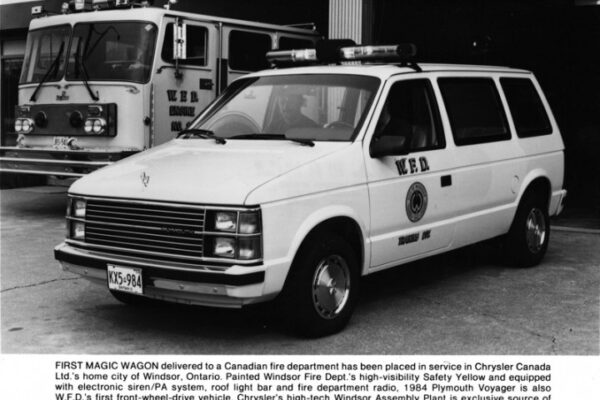 The FIRST MAGIC WAGON delivered to a Canadian fire department was placed in service in Chrysler Canada Ltd.'s home city of Windsor, Ontario 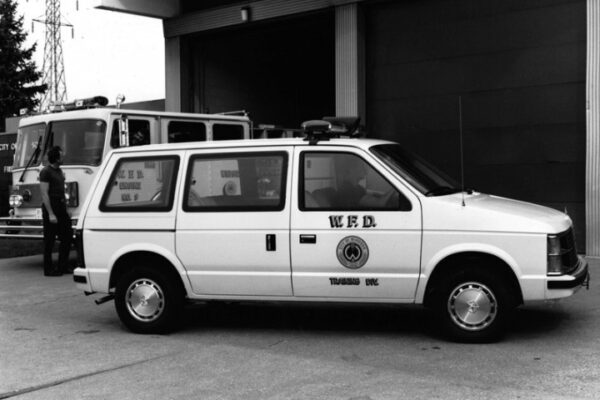 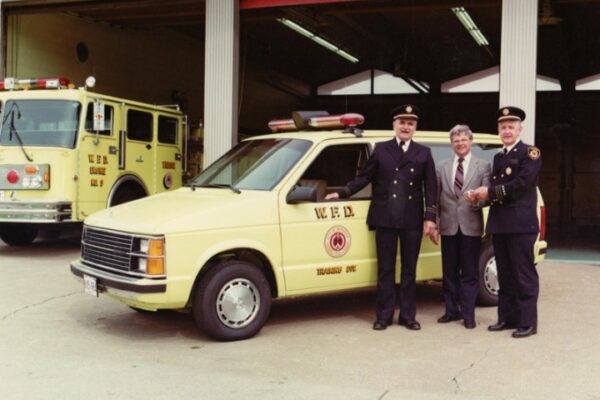 In November 1983, Chrysler Canada Ltd. launched production of a revolutionary new kind of passenger vehicle in its Windsor Assembly Plant. The first vehicles of their kind built in North America, the small, front-wheel-drive Plymouth Voyager and Dodge Caravan minivans were a major hit for Chrysler. With more than ten million delivered since, the Dodge Grand Caravan and Chrysler Town & Country are still in production in Windsor today and continue to dominate the popular market segment they created 29 years ago.

Because of their remarkable versatility, the family-oriented minivans were marketed in Canada as Chrysler’s Magic Wagons.

In the spring of 1984, the Windsor Fire Department became the first fire department in Canada to acquire a Chrysler Magic Wagon. In May of that year, a 1984 Plymouth Voyager minivan was purchased for the W.F.D.’s Training Division. Painted the department’s then-trendy lime yellow, the minivan was equipped with an electronic siren/PA system, roof light bar and fire department radio. The spanking-new vehicle was displayed at the 1984 conference of the Ontario Association of Fire Chiefs held in Windsor that same month.

For the next decade, the four-cylinder, five-passenger minivan shuttled the WFD’s training officers and their equipment between fire stations and the training centre on Kew St. Many other fire departments across the U.S. and Canada also eventually acquired Chrysler minivans as special-purpose support vehicles – some as command and chief officer’s vehicles.

After several more years of service as a general utility vehicle, the 1984 Plymouth Voyager was retired and disposed of in the late 1980s.

It may have not been quite magical, but the pioneering minivan served the Windsor Fire Department long, and well.