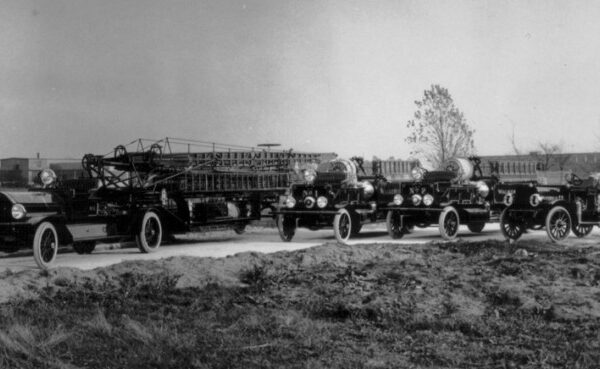 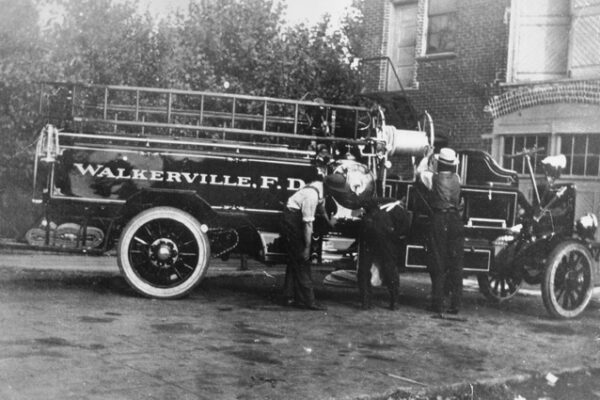 One of the two 1913 W.E. Seagrave Combinations 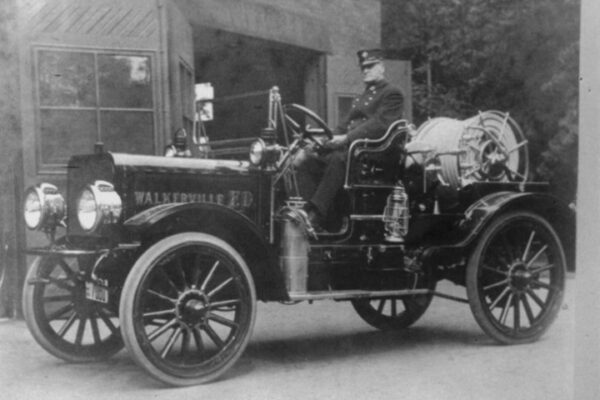 Swallowed up by the City of Windsor in the 1935 municipal amalgamation that also absorbed the former communities of Sandwich and East Windsor, the thriving, affluent Town of Walkerville was one of the first municipalities in Canada to motorize its entire fire department.

By 1913, the Walkerville Fire Department had put its last fire horses out to pasture and sold off or scrapped its obsolete horse-drawn fire equipment. The town fathers didn’t have to go far to go to shop for the latest in modern motor fire equipment. Founded at the turn of the century, the W. E. Seagrave Fire Apparatus Company’s office and factory was on Walker Road just a few blocks down the street from the Walkerville Fire Hall. Like nearly everything else in town at the time, the Walkerville Fire Department was largely funded by the Walker family – owners and operators of the town’s largest industry, the famed Hiram Walker & Sons distillery.

In one fell swoop, the Walkerville Fire Department in 1913 replaced all of its horse-drawn fire equipment with three new motorized rigs – two W.E. Seagrave Model AC-80 Combination Hose and Chemical Engines and a tractor-drawn Seagrave Model AC-53 85-foot aerial ladder truck. The three new Seagraves augmented a Menard automobile chemical car purchased a year or two earlier. The neighboring City of Windsor did not purchase its first motorized fire apparatus until 1914. Walkerville’s impressive new motor fire apparatus fleet was housed in the Walkerville Fire Hall on the west side of Walker Road between the Grand Trunk railway tracks and Riverside Drive E.

In 1929 the two 1913 Seagrave combinations were traded in on a new Bickle pumper and driven to the Bickle Fire Engines Ltd. plant in Woodstock. The 1913 Seagrave tractor that hauled the 85’ aerial truck was replaced with a new Gotfredson tractor (also made in Walkerville) in the mid-1920s.

As a result of the 1935 amalgamation, the Windsor Fire Department acquired both of Walkerville’s fire halls – Station 1 on Huron St. (now Richmond St.) at Walker Road and the new Station 2 on Turner Rd. near Tecumseh Rd. E. All of the former Town of Walkerville’s apparatus, men and stations were merged into the much-enlarged Windsor Fire Department.

The last vestiges of the old Walkerville Fire Department live on to this day in the Windsor Fire Department’s 1959 Elcombe parade rig – a frame-up rebuild of a Gotfredson-Bickle pumper originally purchased by Walkerville in 1927. The chassis and various other original components were retained when the 31-year-old Gotfredson-Bickle was rebuilt by Elcombe Engineering of Windsor in 1958-59.

Walkerville’s motor fire apparatus was traditionally lettered “W.v.F.D.” (with a small “v”) to differentiate it from the “W.F.D.” of the neighboring Windsor Fire Department.