Windsor: City Of Roses and Rosenbauers! 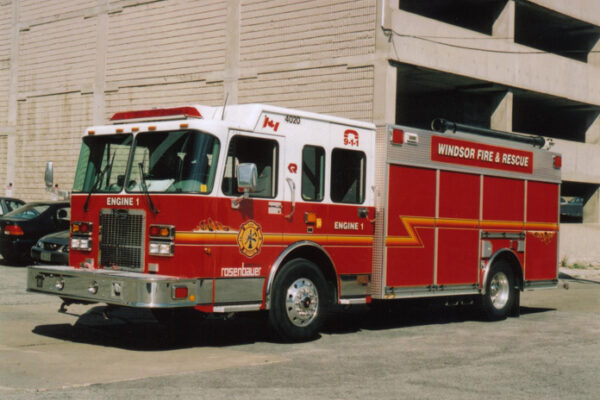 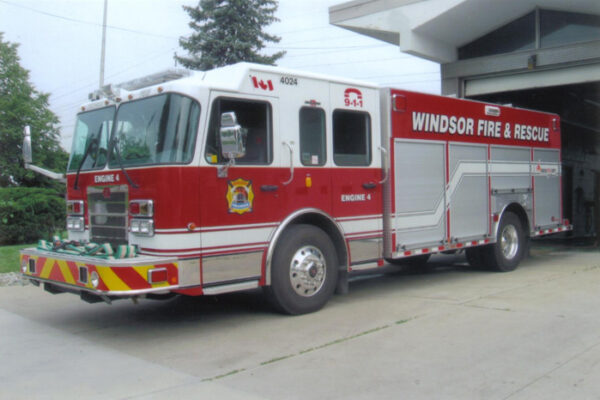 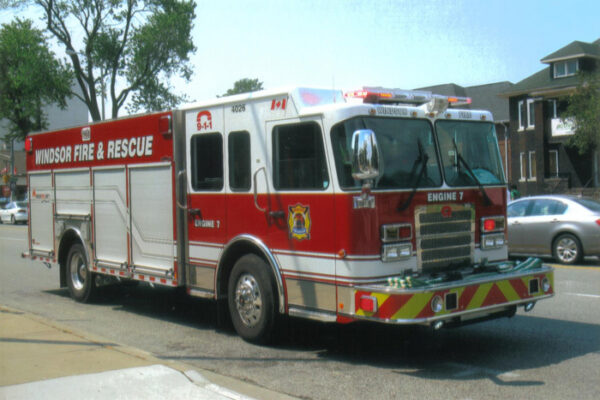 With the delivery of three new pumpers earlier this year, the Rosenbauer name became the most prolific on the Windsor Fire & Rescue Services current apparatus roster.

One of the world’s oldest and largest fire equipment manufacturers, Rosenbauer International traces its corporate origins all the way back to 1866 in Linz, Austria. Even with 173 years of proud history behind it – the company’s products are widely used throughout Europe and around the world — Rosenbauer is a relative newcomer to the highly competitive North American motor fire apparatus industry.

Almost from the beginning, Rosenbauer America marketed its custom-chassis motor fire apparatus in Canada as well as the U.S. Windsor got its first Rosenbauer in 2003. Built on a Spartan Gladiator chassis with four-door cab and rear-mounted 1050 imperial GPM pump, this pumper went into service as Engine 1 at the WFRS headquarters station on Goyeau St. Four years later this pumper was reassigned to the city’s new Station 8 at Windsor International Airport.

Two more Rosenbauer pumpers, also on Spartan chassis, were added to the roster in early 2008, initially deployed as Engines 3 and 4. Engine 3’s pumper was later transferred to Station 6. In mid-2010, three new Rosenbauer fire trucks – two more Spartan-chassis 1050 pumpers and the city’s first pumper-tanker, were delivered to Windsor. The two pumpers went into service as Engines 2 and 7. The pumper-tanker went to the Airport Road station – at which time Engine 8’s former rig – Windsor’s first Rosenbauer – was transferred to Station 5 on Cabana Road.

Depending on the type, Rosenbauer-branded apparatus comes out of one of two plants – either the former General Safety plant in Wyoming, Minn. or the Central States facility in South Dakota. Windsor’s first Rosenbauer was a General. The others bear Central States builders plates as well as the big red “R” .