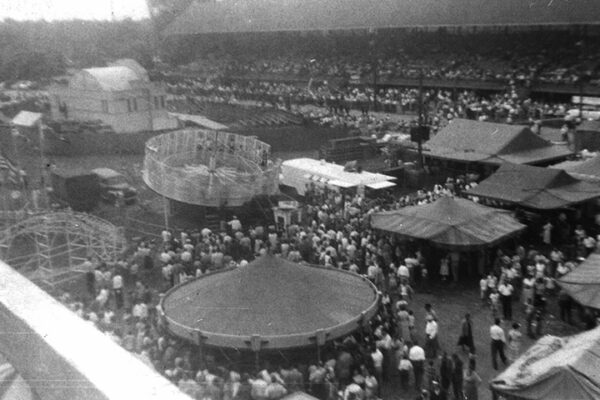 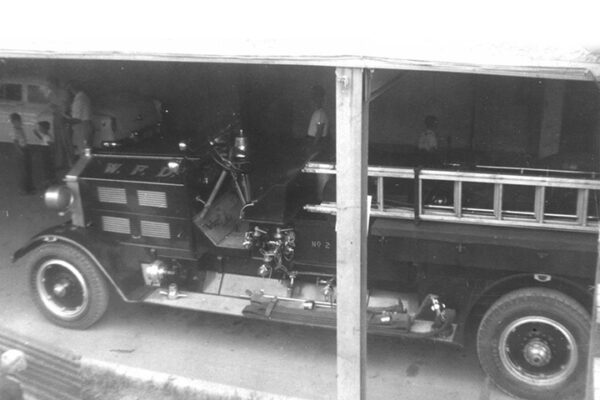 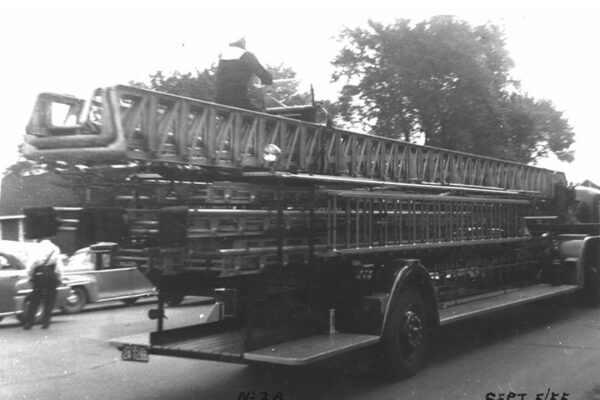 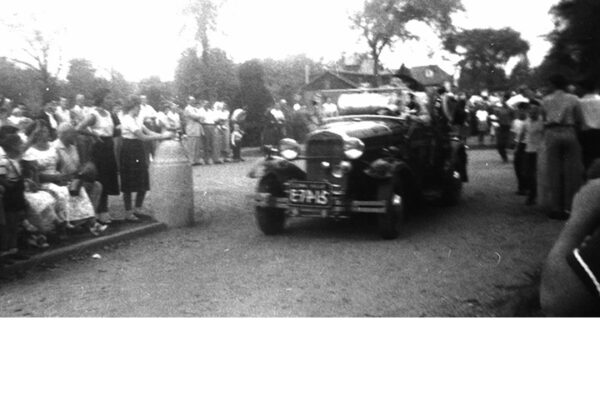 For more than 50 years, the Labor Day holiday weekend in Windsor meant just two things – the end of summer – and the Windsor Fire Fighters’ Field Day!

So it was that the very first Windsor Fire Fighters’ Field Day was held in Jackson Park on September 1 and 2, 1930. A highlight of the weekend event was a raffle draw for a new car – the grand prize a shiny new 1930 Ford Model “A” Tudor sedan.  Second prize was a washing machine, third prize a modern “iceless” refrigerator. That inaugural event was a resounding success. The Second Annual Windsor Fire Fighters Field Day was held at the Devonshire Race Track — the site occupied today by the sprawling Devonshire shopping mall – on September 7-8, 1931. In 1932 the event returned to Jackson Park, its home for the next four decades. In its early years, the Field Day was held on Labor Day and the following day, Tuesday. As it matured, the event spanned the entire holiday weekend, beginning on Friday and concluding on Labor Day, the first Monday in September.

Traditionally, Windsor’s big Labor Day Parade – led by the Windsor Fire Department’s newest apparatus – made its way down crowd-lined Ouellette Avenue, ending up at Jackson Park. For many years, Windsor firefighter Tommy Dyson, dressed as Popeye the Sailor, waved to the crowds from the tiller seat of the long aerial ladder truck. Family-oriented Firemens’ Field Day attractions included a busy midway with carnival rides and games, food  and a big flower show for amateur gardeners and horticulturists. For many years, other important components of the Firemens’ Field Day were the Miss Western Ontario beauty pageant and the Battle of the Bands music competition.

Throughout the event, a reserve pumper was stationed under the grandstand structure to provide on-site fire protection.

In the late 1940s the Benefit Fund and Firemens Field Day raised more than $9,000 to assist the City of Windsor in building a bandshell and stage in front of the Jackson Park grandstands. The new bandshell was inaugurated at the 1950 Fire Fighters’ Field Day and was the stage for many band concerts, beauty pageants and other entertainment such as magicians, comedians, etc. Ironically, the huge wooden Jackson Park grandstand and the bandshell were destroyed in a massive fire on the afternoon of July 13, 1957.

For many years the Windsor Fire Fighters Field Day concluded with a draw for three automobiles – one from each of the Big Three automakers, all of whom had manufacturing plants and thousands of employees in Windsor. Typically, the grand prizes included a brand-new Plymouth, Ford and Chevrolet – but new provincial gaming laws outlawed these raffles in the early 1960s, a real hardship for the Benefit Fund’s principal fund-raising event.

After 48 years, the Windsor Fire Fighters’ Field Day moved from Jackson Park to Mic Mac Park on the city’s west side, in 1978. The Labor Day weekend event took on an entirely new format at its new home, hosting the Can-Am Scottish Highland Games, but the Conklin Carnival continued as an important part of the show. The 50th Annual Windsor Fire Fighters’ Field Day and Scottish Highland Games were held at Mic Mac Park August 31 to September 3, 1979.

But times, and public entertainment, were changing. The Windsor public which had long associated the Firemens’ Field Day with Jackson Park failed to embrace the move to Mic Mac Park. The last Windsor Firefighters Field Day was held there in the early 1980s.

At its peak in popularity in the 1950s, Albert E. (Blackie) Hazel, President of Windsor Local 455 of the International Association of Fire Fighters, summed it up in the 1950 Field Day program book:

“During the past twenty-one years, the Windsor Fire Fighters Field Day has become part of the life of the community. Each year thousands of people look forward to it with anticipation and pleasure. In our audience will be many adults with children of their own who can remember the Windsor Fire Fighters Field Day as one of the big events of the year during their childhood. The Field Day has grown with each passing year because we have tried to present the best in entertainment. Nowhere else in Canada can the public, without charge of any kind, see as much for so little”.

Although the Windsor Fire Fighters Field Day is but a nostalgic memory for many Windsorites today, it’s a decidedly pleasant one. – Walt McCall