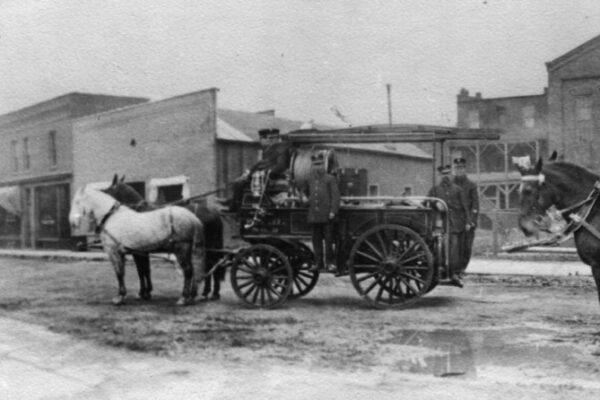 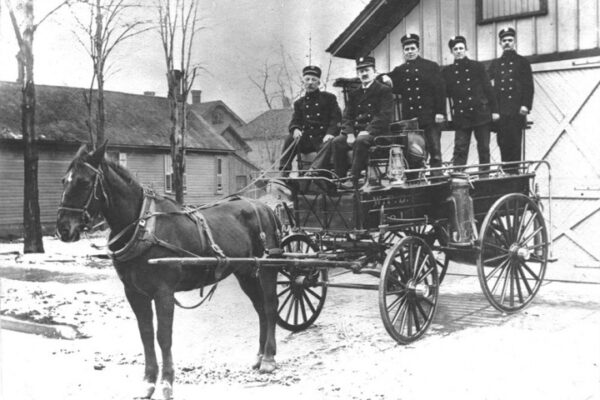 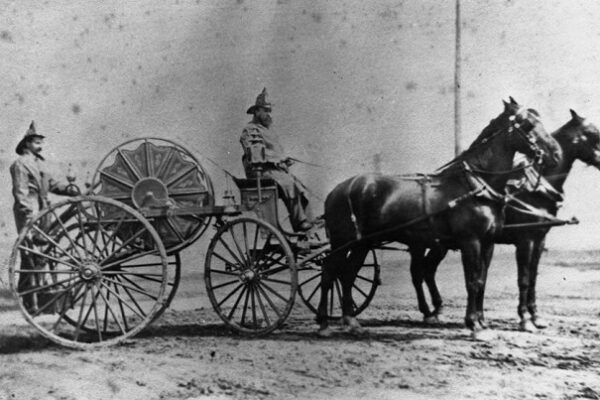 For more than 200 years, hose – that highly portable, flexible means of getting water onto the fire – has been the most important basic tool in the firefighter’s arsenal of weapons.

Early, riveted leather fire hose was heavy and bulky, from the onset requiring some kind of hand-drawn cart to get it to the fire. Ultimately, a cylindrical reel on which the hose could be wound, then quickly played out at the fire scene, proved the most efficient way to store and transport fire hose. From the mid to late 1800s, horse-drawn two- or four-wheeled hose reels typically accompanied the steam fire engine to fires. By the late 19th century, in larger town and cities, the hose was more commonly carried in an open-top hose wagon, rather than on a reel. In the early years of the last century, many hose wagons were equipped with soda and acid chemical equipment. Typically drawn by two horses, these dual-purpose rigs were known as Combination Hose Wagons. Some big-city hose wagons also had fixed turret nozzles attached to their sides.

In its early years, the Windsor Fire Department utilized both types of hose carriers. When the city acquired its first steam fire engine in 1868, the horse-drawn Amoskeag pumper came with a two-wheeled hose cart. A photo taken in 1886 shows another larger hose reel drawn by a single horse. By 1880, the bustling town had acquired a four-wheeled hose reel, this one pulled by a team of two horses. By the late 1900s, the city had acquired two four-wheeled hose wagons, each pulled by one horse. In 1902 the paid, professional Windsor Fire Department purchased a combination hose and chemical wagon, also with two-horse hitch.

When Windsor purchased its first motor pumper in 1914 it was quickly discovered that the horse-drawn hose wagons simply couldn’t keep up with the speedy, indefatigable Seagrave. Consequently, two Menard motor hose combination wagons were purchased the following year. Triple combination motor pumpers equipped with pump, hose and chemical or booster equipment replaced the Menard hose wagons in the 1920s.

Interestingly, Windsor’s last hose wagon was built by the W.F.D. Shops during the Second World War. The 1942 GMC , designated Hose No. 1, was in reserve service into the 1960s.

Today’s modern plasticized fire hose, including large-diameter master stream supply lines, takes up far less space on the apparatus than the old cotton, rubber-lined hose once did. It’s easier to handle, pack and dry, too, with quick-release Storz couplings.

All of Windsor’s eight front-line pumpers and four quintuple combination aerial towers – and even the heavy rescue truck – are hose-carriers today – because, as today’s gung-ho young firefighters like to say, hose is still the best way to “get the wet stuff onto the red stuff!”.