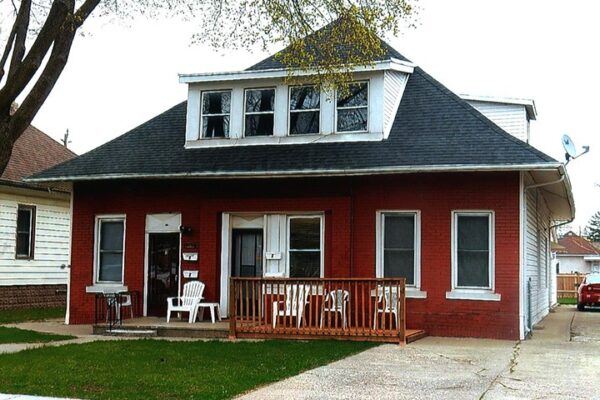 Former Station 4 as it looks today. 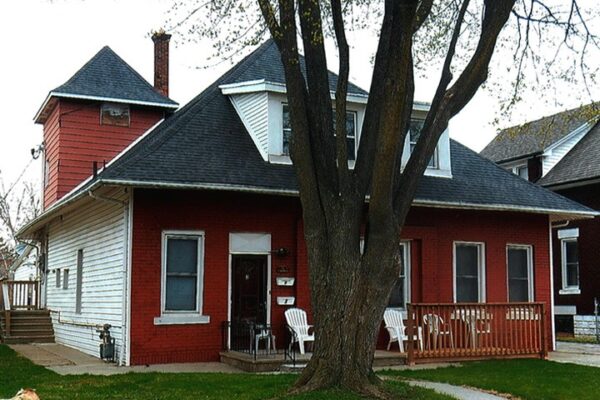 The Windsor Fire Department and its modern-day successor, Windsor Fire & Rescue Services, has occupied some 18 fire stations in its more than 150 years of existence. The first was a crude wooden shed built in the 1840s to house the volunteer fire brigade’s hand-pulled, hand-operated “gooseneck” fire engine. The city’s newest fire hall is the $4.5 million Station 2 opened on Milloy Avenue in early 2015.

Just one of Windsor’s firehouses has survived for 100 years.

In 1914, the Windsor Fire Department acquired its first automobile pumping engine. From the outset, it was clear that the horse-drawn hose wagons that accompanied it on alarms simply couldn’t keep up with the much faster, inexhaustible Seagrave motor pumper.

So it was that in 1915, the W.F.D. purchased two locally-built Menard Combination Hose and Chemical trucks and built two new fire stations to house them – one at 199 Wellington Street north of Wyandotte St. E. and another at 744 Langlois Ave., south of Wyandotte St. E. Built from the same set of plans, the new halls were of the single-bay, bungalow style with a single apparatus bay. The Wellington St. firehall was Station 1 and the Langlois Ave. hall Station 3. Station 2 was the Windsor Fire Department Head-quarters hall at 254 Pitt St. E. across from the City Market.

In 1935 the Windsor Fire Department more than doubled in size with the amalgamation by the City of Windsor of the former towns of Sandwich, Walkerville and East Windsor. All of the city’s fire halls were renumbered. Former Station 1 on Wellington St. was renumbered Station 5. The former Station 3 on Langlois Ave. became Station 4. But after only a few years Station 4 was closed, its former district now covered by Station 2 on Richmond St. at Walker Rd.

Fire Station No. 5 on Wellington St. was closed and demolished in late 1961, its pumper reassigned to the headquarters hall on Pitt St. E.

The former Station 4 on the east side of Langlois Ave. was eventually sold by the city and converted into a private residence – which still stands today, more than a century after it was built. The only visible clues that the building was once a fire hall is the faint brick outline of the front door and the stubby hose-drying tower at the northeast rear corner of the building.

Windsor did not have a Fire Station No. 4 again until 1964, when the College Avenue fire hall just east of Huron Church Rd. was opened to replace the former Station 6 on Mill St. Built in 1921 as the Town of Sandwich’s fire hall, the two-bay station at 363 Mill St. is the city’s second-oldest fire station. Since its closing and decommission 51 years ago, the 94-year-old Mill St. firehall has been used for a variety of civic functions, including as a detox centre. This building will be added to the city’s centennial buildings list in 2021. – Walt McCall