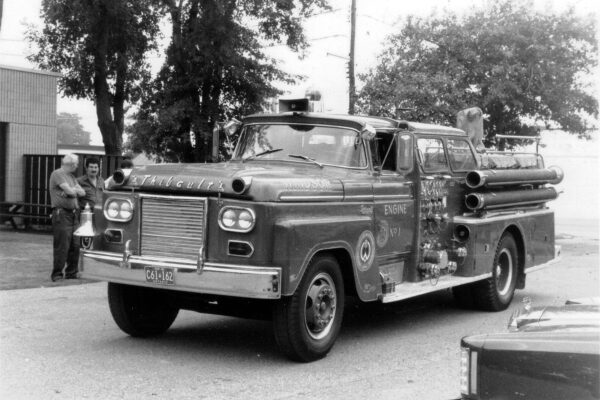 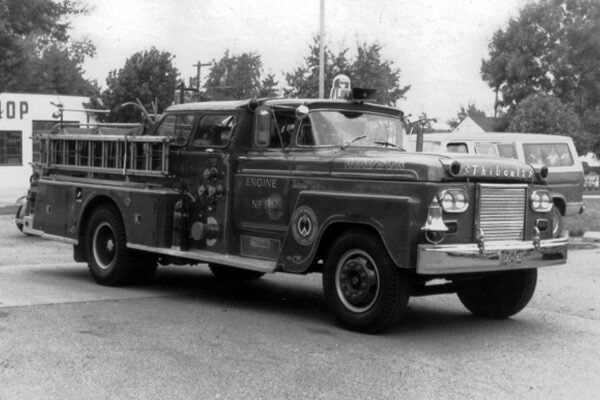 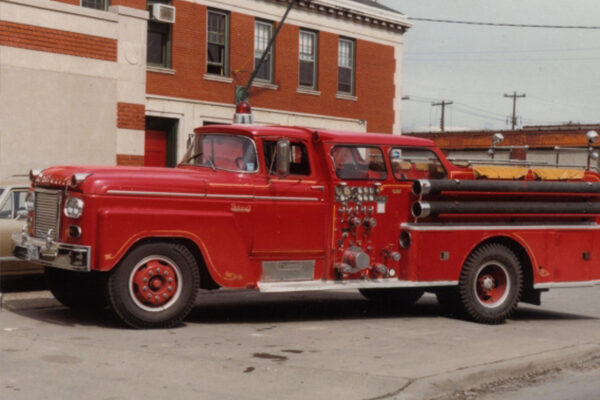 By the mid-1950s, the Windsor Fire Department had pretty much completed its postwar modernization program. Following the delivery of a Bickle-Seagrave pumper in 1953, no more new pumpers or ladder trucks were purchased during the 1950s.Up to now, the W.F.D. apparatus roster was dominated by the nameplates of Canada’s two largest and best-known fire apparatus manufacturers – American-LaFrance and Seagrave. But in early 1960, a new distinctively Canadian name joined the W.F.D. roster.

Pierre Thibault began building fire apparatus in Quebec in 1918. By the late 1930s his growing business had expanded into a new factory in the small town of Pierreville, Quebec, near Sorel. Up until the Second World War, Mr. Thibault sold his distinctive pumpers and city service ladder trucks almost exclusively in the Province of Quebec under the Richelieu name. By the end of the war, however, Mr. Thibualt had renamed his company Pierre Thibault Ltd. and for the first time began aggressively marketing its products outside Quebec. In 1951, the still-growing firm introduced its own custom-chassis motor fire apparatus. With the demise of rival Bickle-Seagrave Ltd. of Woodstock, Ontario in 1955, Pierre Thibault Ltd. moved into the lucrative Ontario market in a big way.

In late March, 1960 Pierre Thibault Ltd. delivered a custom-built 1,050 gpm pumper to Windsor. Purchased at a contract price of $24,500 The Model WHT-584, Serial #358, was powered by a Waukesha six-cylinder engine and had a Thibault designed and built single-stage pump and 250-gallon booster tank. The only one of its kind ever built, the new pumper was an unabashed imitation of the famed Seagrave canopy cab pumper design, with narrow aisle between two hose beds leading to a rear-facing bench seat under an extended rear roof canopy. The driver’s cab and windshield was stock F-Series Ford. The sides of the rear canopy were fitted with dual forward-raked windows. The Thibault was Windsor’s first piece of apparatus with an electronic siren – the speaker for which was mounted on the cab roof. As a concession to fire service tradition, a ten-inch bell was bolted to the right side of the chrome-plated front bumper. Two flashing red lights were incorporated into the leading edge of the broad, flat hood.

Lettered Engine No. 1 on its cab doors, the new Thibault pumper replaced a 1925 LaFrance chain-drive pumper which had been donated to a local antique auto club the previous year. The new pumper was placed into service at the W.F.D. Headquarters station on Pitt St. E. in mid-April, 1960 displacing a 1952 Bickle-Seagrave pumper which became the second-out, or “back” engine in the downtown hall.

When a new Mack pumper was delivered five years later, the Thibault became the second-due engine, and the `52 Seagrave was transferred to Station 3 on Turner Road. With its stiff steering and rather limited forward visibility, the Thibault was never very popular with its crews.

Along with Engine No. 2 and Aerial No. 1A, the Thibault moved into the brand-new Windsor Fire Headquarters station on Goyeau St. when this hall was opened in 1970. Two years later Engine 1 was transferred to Station 3 on Turner Road.

Engine No. 1 became a spare pumper in its later years, filling in at various halls as needed. Always a “downtown” rig, the Thibault fought some of the city’s largest fires, including the J. T. Wing Co. fire on Pitt St. in 1971 at which Windsor firefighter Bondy lost his life.

Twenty-one years after it was delivered, the Thibault was traded in to Superior Emergency Equipment Ltd. on a new International pumper in the early spring of 1981. It was last seen rusting away behind Superior’s short-lived Ontario fire apparatus plant in Kingston.