Windsor’s Pumpers: Engine No. 9 From Riverside 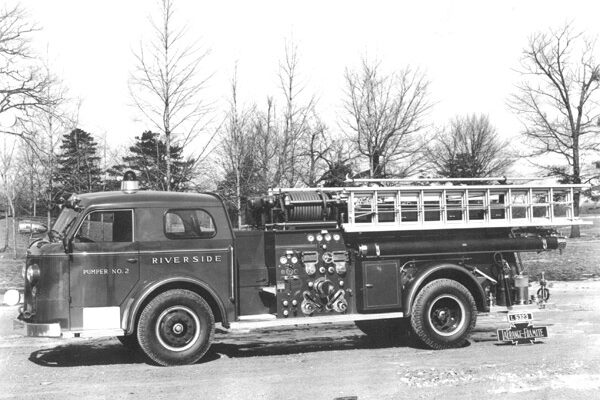 Engine No. 9 From Riverside 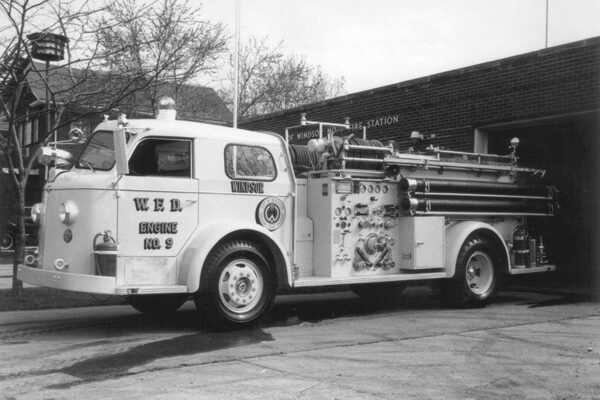 Engine No. 9 From Riverside

With the annexation of the former Town of Riverside on January 1, 1966, the Windsor Fire Department acquired three pieces of apparatus: a two-year-old LaFrance/Mercury 100-foot quint with 840 gpm pump; a 1956 LaFrance 700 Series pumper and a 1938 Bickle-Seagrave Ford used primarily as a parade piece. The LaFrance Quint and the `38 Ford were profiled in earlier submissions. This one will cover the `56 LaFrance.

In May of 1955, Riverside Fire Chief Kenneth Friest received approval from Riverside Town Council to purchase a new pumper to replace the town’s only fire engine – the 17-year-old Ford in service since 1938. The tender was awarded to LaFrance Fire Engine & Foamite Ltd. of Toronto at a contract price of $27,635. The shiny new American-LaFrance 700 Series pumper with five-man canopy style closed cab was delivered to the then-new Riverside Fire Hall on Lauzon Rd. on February 29, 1956. Powered by a 215-horsepower V-12 engine, the sleek cab-forward Model 710-PJC Spartan 840 gallon-per-minute pumper bearing factory serial # L-5323 was equipped with a 400-gallon booster tank and dual booster hose reels with electric rewind. Unlike standard 700 Series pumpers, however, Riverside’s new Pumper No. 2 carried one length of suction hose and metal ground ladders on each side of the apparatus. In 1960, the hard suctions were moved to a new position above the ground ladders.

In 1964, Riverside purchased a LaFrance/Mercury 100-foot quintuple combination pumper and aerial ladder truck, the town’s first — and only — aerial truck. But Pumper No. 2 – the 1956 LaFrance – was still the R.F.D.’s “first-out” pumper. With the annexation of Riverside on the first day of 1966, Riverside’s three pieces of apparatus joined the Windsor Fire Department roster. The 1956 LaFrance pumper was relettered as Windsor’s Engine No. 9, but continued to run out of the Lauzon Road hall. In 1970 the original LaFrance V-12 engine was replaced with a Ford 534 cubic-inch Ford truck engine. Both hard suctions were moved to the left side of the apparatus with the ladders carried on the right. It’s original red paint now badly faded, the pumper was repainted the trendy new lime-yellow In the late 1970s.

After several years of reserve service as a spare pumper and with the pending delivery of two new pumpers. the 1956 American-LaFrance was sold to the Harvey Township Fire Department near Peterborough. On December 15, 1982 the 26-year-old pumper left Windsor on a flatbed truck for its new home in Buckhorn, Ontario. Later acquired by a local vehicle collector, it was repainted red and is believed to be still on the road today.